🇬🇧 GG: When we have reached a certain age and dispose of a certain knowledge of the world, we have images, ideas or concepts in our mind concerning nearly everything we ever heard about. So when we come to a new place, i.e. a place we never visited before, normally we have some expectations. Even if it is a place you have no knowldege about, you put it in a bigger context. For example (I confess), I had no knowledge about Paraguay, except of  the fact, that it is somewhere in the middle of South America, and that they sometimes participate in the soccer world cup. I don’t know, if the country is rich or poor, if it plays an important role within South America or not, I only notice that in Germany we rarely hear something about it. As there is nearly no knowlege, neither ideas, stereotypes or concepts about the place, I seek in my knowledge-pool for another frame of reference. So the bigger context, or frame of referece that appears when I think about Paraguay is South America. As a consequence evidently, I activate the concepts I have about South America in the case I go there for the very first time.
(By the way, being very close to Paraguay when we visited Foz de Iguazu, we couldn’t resist to cross the border to see what’s Paraguay like. Ciudad del’Est, the border town, is dirty, chaotic and nothing but an accumulation of shops and street market stalls, and marketeers trying to sell you something.

Joe and me looked at each other and asked ourselves, if we had arrived now in the ‘real’ South America? Now I have an image about Paraguay, but it know, that it is a very specific one. 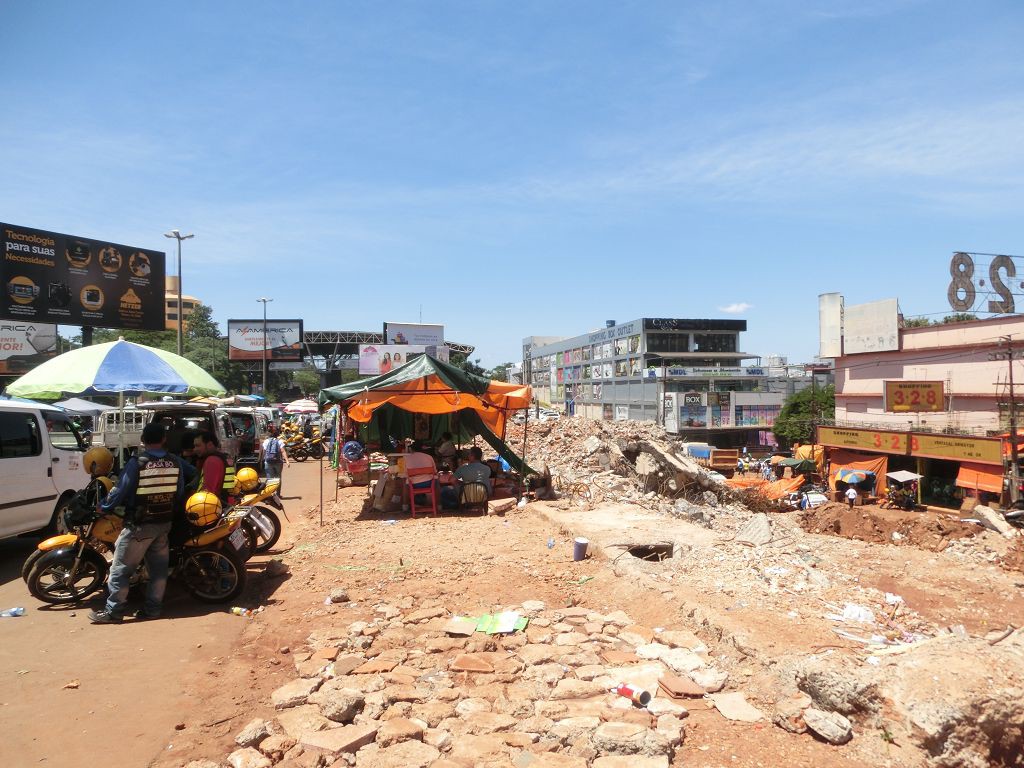 And of course I know that there is nothing like a real South America….)
Actually, only children’s minds (or those of people with little education) are like white canvasses with no images concerning certain things, people, countries, religions. Sometimes I wish I could discover places in this state of mind….
Anyhow, South America was a kind of Terra incognita, before I came here (still it was one month ago!). And I find myself often seeking here for the images I had in my head. Even though somebody told me once, that Argentina is the most ‘European’ (another interesting concept) of all Latin American countries, I adjust my ideas of it with what I see. As I wrote before, in Ushuaia indeed we felt ourselves mostly like in Europe, from our perspective, we experienced with people (and institutions) a very convenient mix of reliability and flexibility, of friendlyness and reserve. The city looked mostly wealthy and well maintained. Ok, public buildings (like the registro civil for example) in Germany would be organized differently: more privacy, more space (for the visitors as eell as for the clerks), no tv screen with telenovelas (shown even when the registro is closed, and only the clerks are working), no poster walls for separating the spaces, different furniture and technical equipment, and maybe the hierarchies more visible. But I think this registro civil could be somewhere in Europe, maybe in Poland, or in Italy? 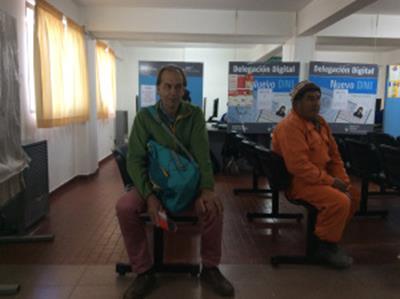 I have no idea about, what the Argentinians from Fireland (the very South) think about people from the North (where I am now), and vice versa. Who is considered as being priviledged, well educated etc.? How is the relationship between rural Argentina and the inhabitants of the big cities, what identities there are to be proud of – is it cool, to be Patagonian or not, or are only the inhabitants of Buenos Aires (the last stop of our trip) cool or enviable? 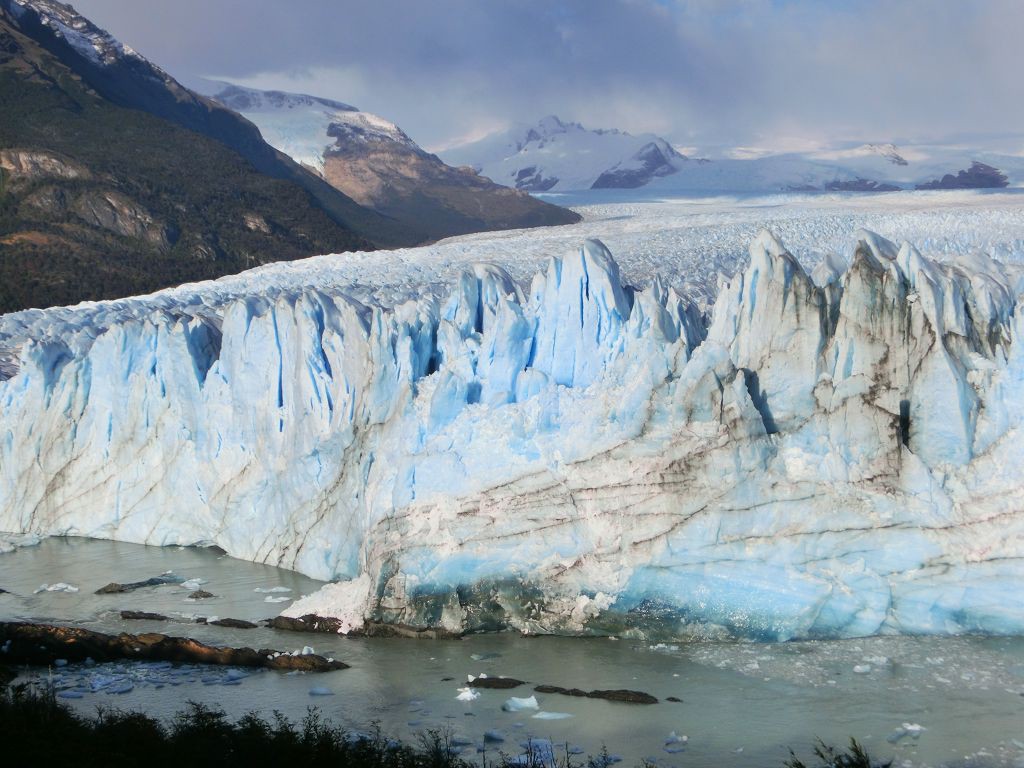 Interestingly, there are only 40 millions of Argentinians, and about one third of them is living in the capital!
After Fireland, we moved North (what else?), but not very much – still Patagonia – to El Calafate. Because of the gorgeous glacier Perito Moreno and the rapidly growing tourism in Argentina, it is a fast growing (but still not big) town, which looks much more multi-ethnic and heterogenous then Ushuaia. We finally saw scenes which made us think, oh, street life looks rather like I have imagined: guys dismanteling a car and trying to repair it on the street, very old cars driving around, herds if stray dogs. 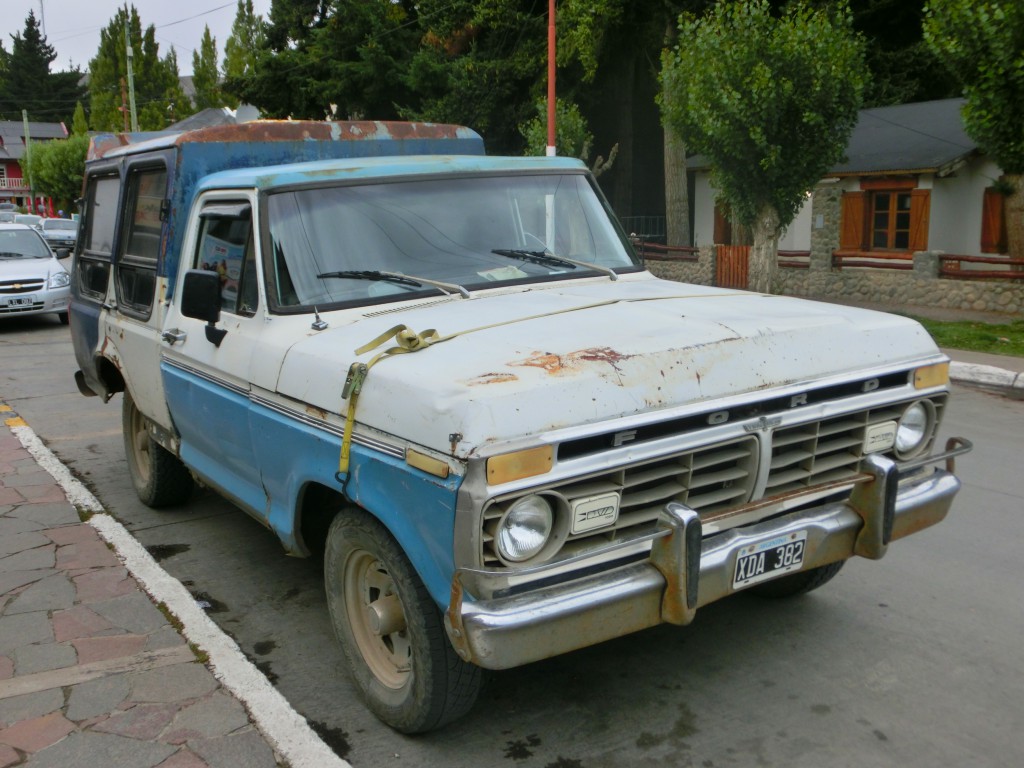 Also the owner of our guest houses didn’t speak any English, and their kids strolling through the guesthouse, playing and screaming loudly until late in the evening (after 10.00 PM), internet didn’t work, wherever we tried, and so on. And now we are in the very North-west of Argentina, and things again are very different. I have to confess, that they correspond more to our images of South America. i will continue as soon as possible with trying to describe it.