🇬🇧 GG: We have chosen Salta for our next station, because we have felt in love with pictures of the colorful landscape surrounding it, when we had started to explore Argentina by travel guide books. It is a province capital with the surname ‘la linda’ (the beautiful), located in the North-West of Argentina. All other places we visited before in this country were rather small and easy surveyable spaces. But this City is rather big, (half a million inhabitants), and above all, very crowdy, and full of live. 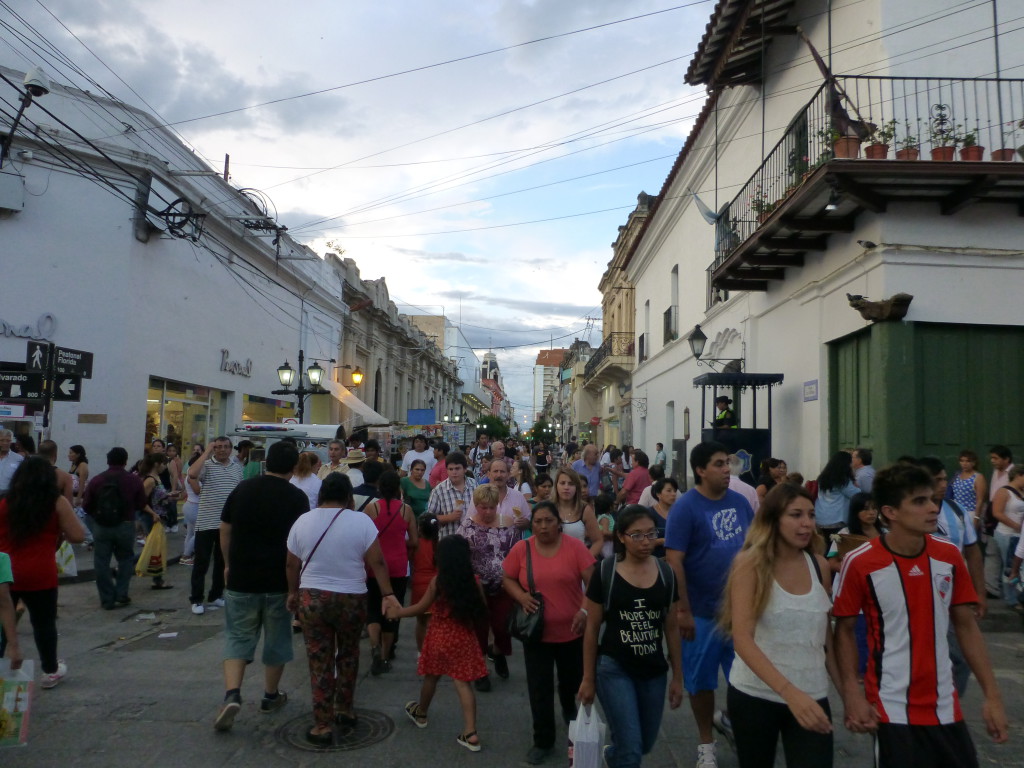 While the other places we have seen on this trip were tourist places (also Ushuaia lives mainly from his status ‘end of the world’, ergo from tourism), Salto seems to be just a ‘normal’ Argentinian city. We arrived at Saturday night, and we had the impression, that every single inhabitant of the city is on the street.

I thought, this is Saturday night fever, but since we are here, it is every evening like this. Especially charming at Saturday was a corner of the main Plaza, where people (young and old couples) were dancing tango and Waltz in a small pavillon, the others sitting around and watching.

Around the corner of our Posada (guesthouse), there is another Plaza, a smaller one, and this one is full of people, many children, teenagers, parents, even at 9 or 10.00 PM. They play, chat, sell used things, dance…

After Siesta time, the city fills itself with cars leading to traffic jams, and people in the center area. The main shopping street is so crowded at 8.00 PM, that one can hardly move forwards. I don’t know if it is an exceptional week, because from what we saw, it seems that last week was judt the end of the summer vacation and no there is something like the French ‘rentrée’ which might be called in Spanish ‘inauguration’. 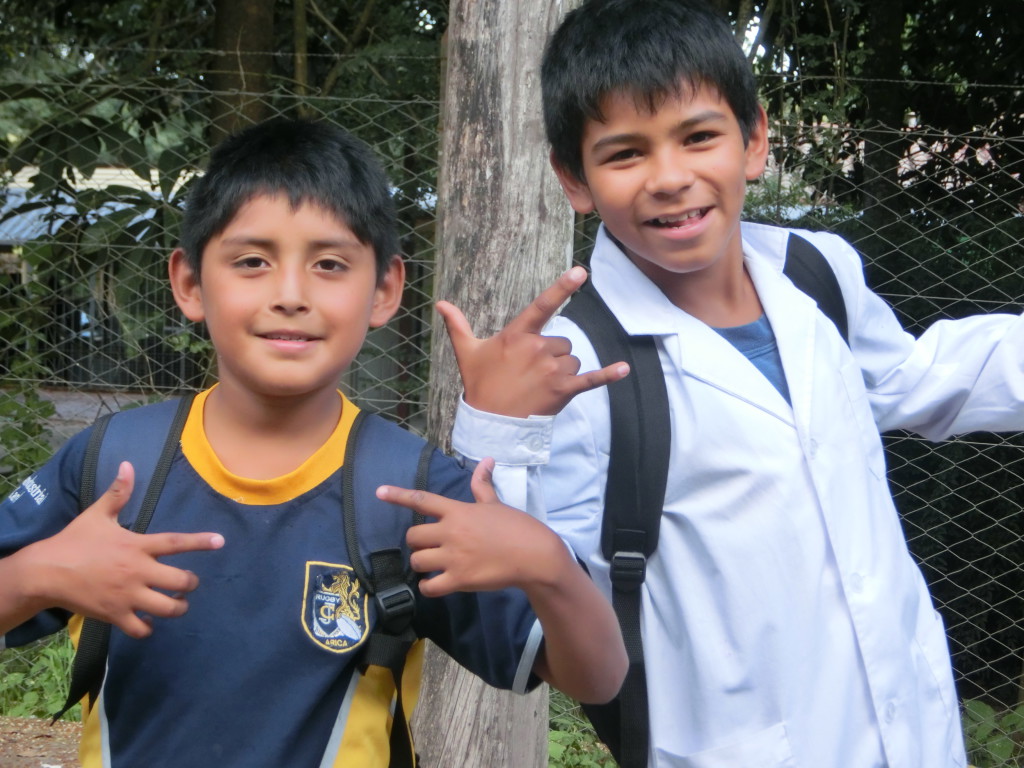 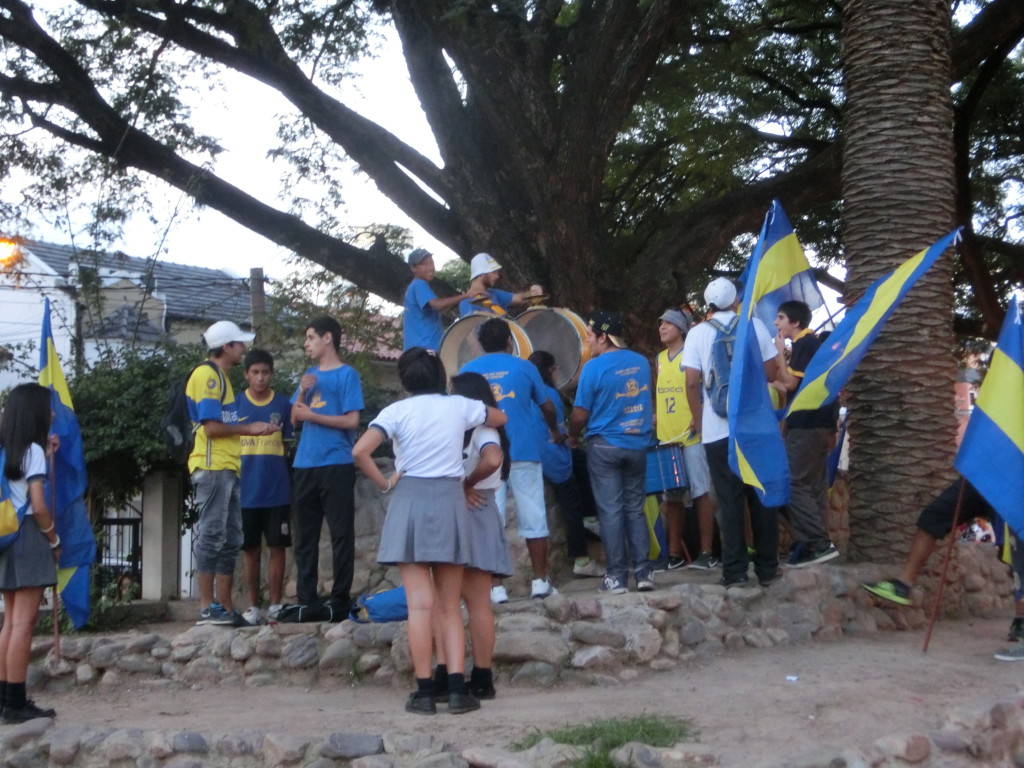 All day long, no matter what time we see school children arround, mostly wearing a school uniform, with girls in VERY short pleated skirts walking all across the town. Very weird I find all these kids in the streets wearing white coats (same style like in hospitals or chemistry labs). Google helped me to find out that in public schools generally they wear these coats over their clothes, while in private schools there are uniforms (www.schueleraustausch.de). We saw today some of these schoolkids selling goods in the main shopping road. 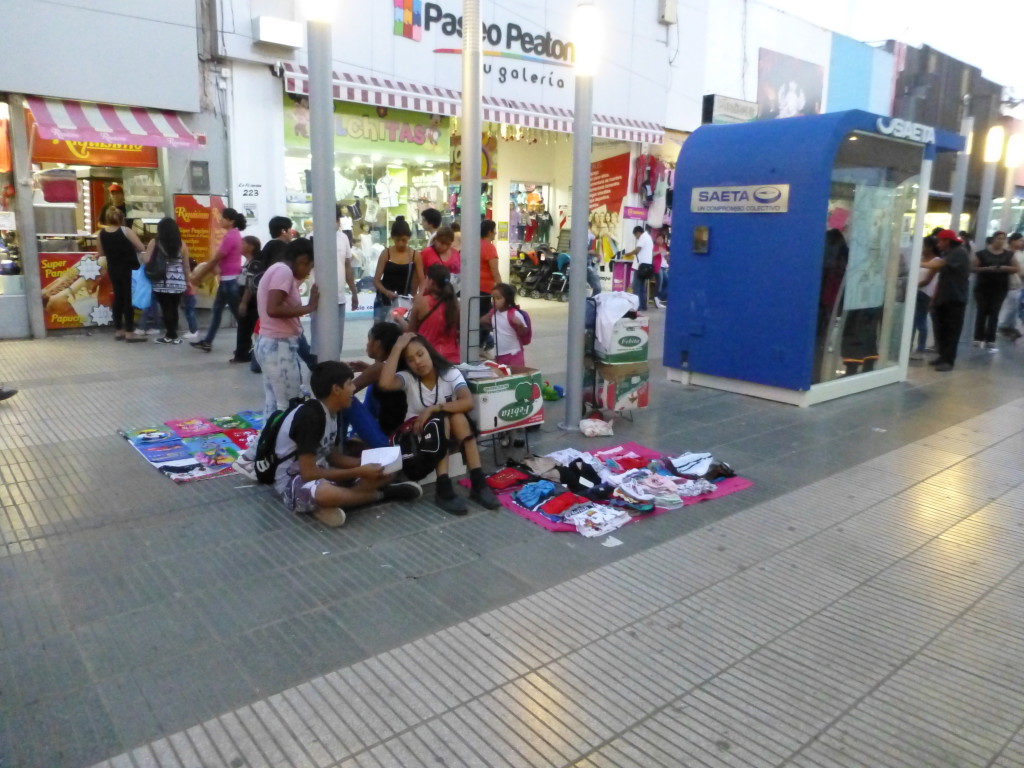 Society seems to be much more stratified then in Ushuaia. And people look – sorry, again images and stereotypes – much more like I always imagined people in South America. I know we are close to the Andes, and people look mostly like these I have seen before on pictures or in tv shows about this part of South America. Still you see an ethnic mix here, which might be typical for Argentina, but a majority of people here seem to have indigenious forefathers, they have black hair, dark complexions and are shorter then me (this happens very often to me whe I travel, but somehow in Ushuaia we had several tall Argentinians around us). What you see also very clearly is the prosperity gap between people. Beautiful big houses in one street, two blocks away it can look very differently. Sometimes I saw cars around from the era of my childhood, in rare cases they were in a very good state, standing in front of one of these beautiful houses, but often people use them not because they like oldtimers, but because they don’t have alternatives. 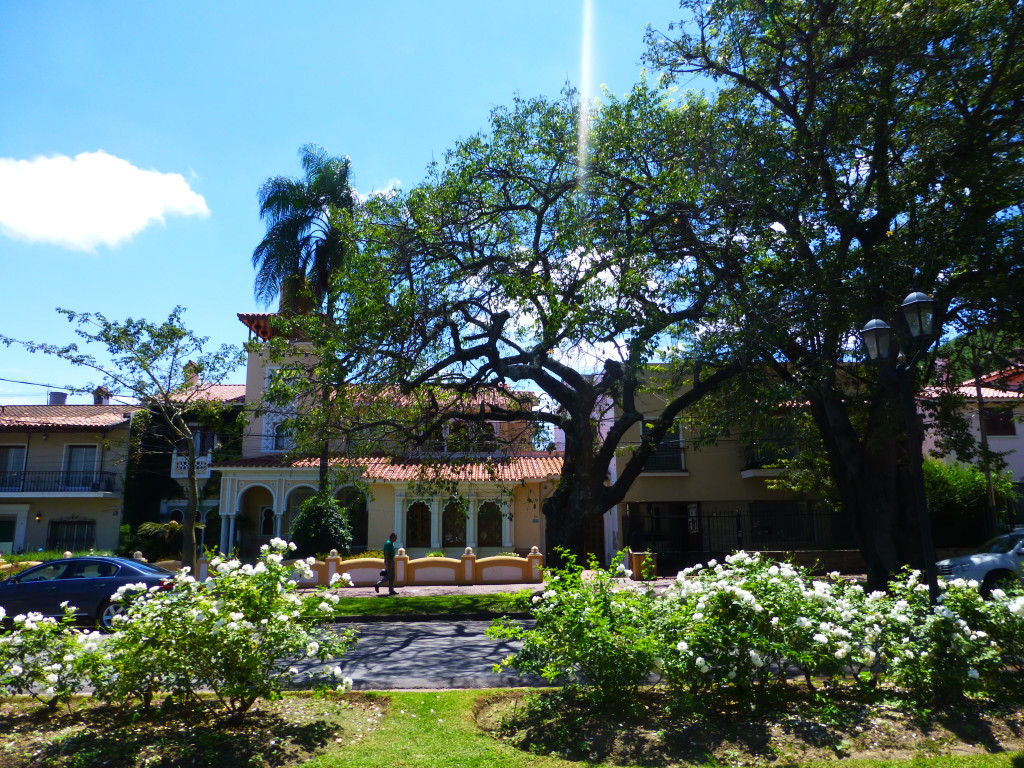 What we saw of rural life looks often very poor. People live in simple, small houses, and nearly everybody tries to get a piece of the ‘tourism cake’. I mean by this that everywhere at sightseeing places, people try to sell some handicraft, cheese or pictures with their lamas. I read that this area is one of the poorest in Argentina. But I would like to highlight, that they are blessed with a wonderful landscape, which is nearly unknown out of Argentina – or did you ever hear about the Quebrada of Humanuaca? It is just gorgeous! See: 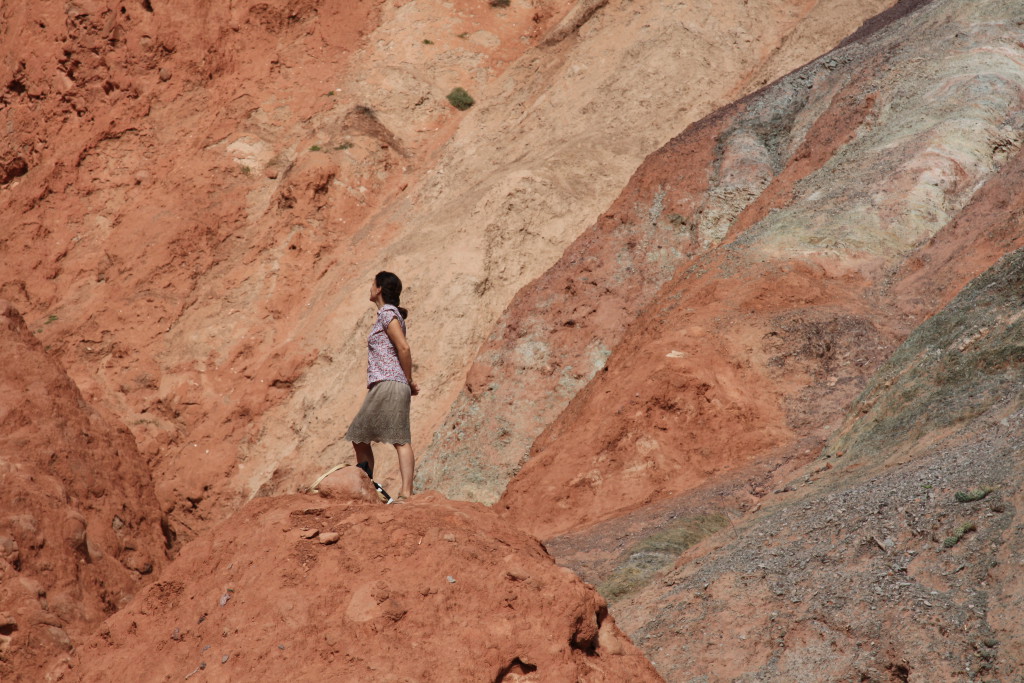 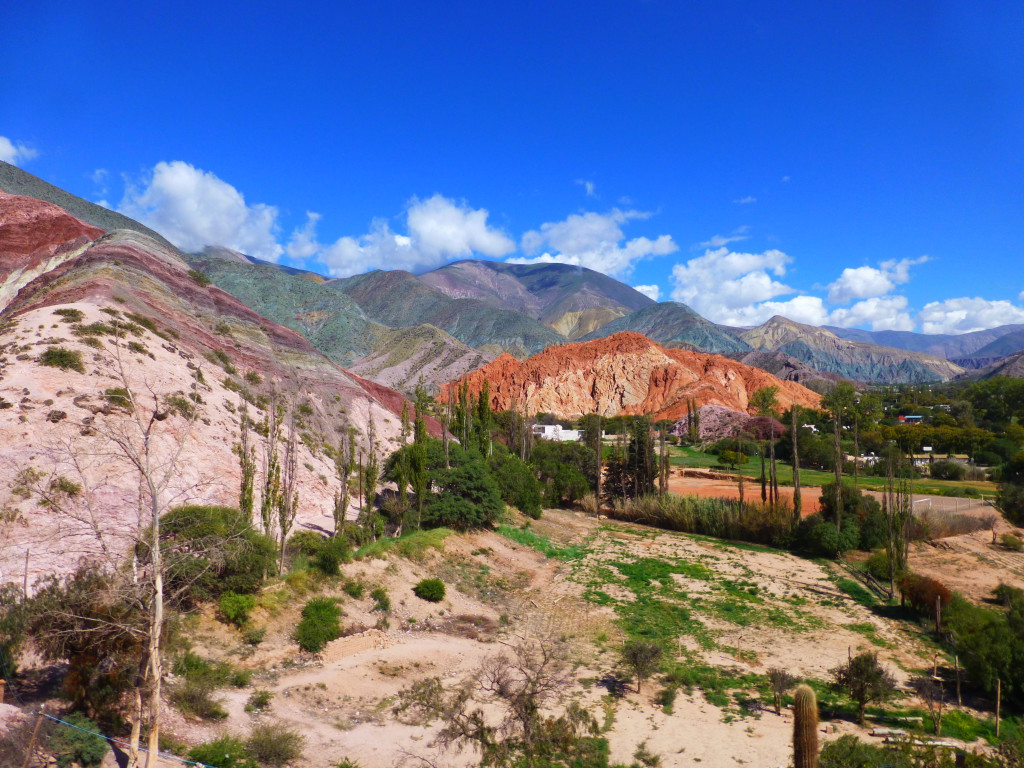 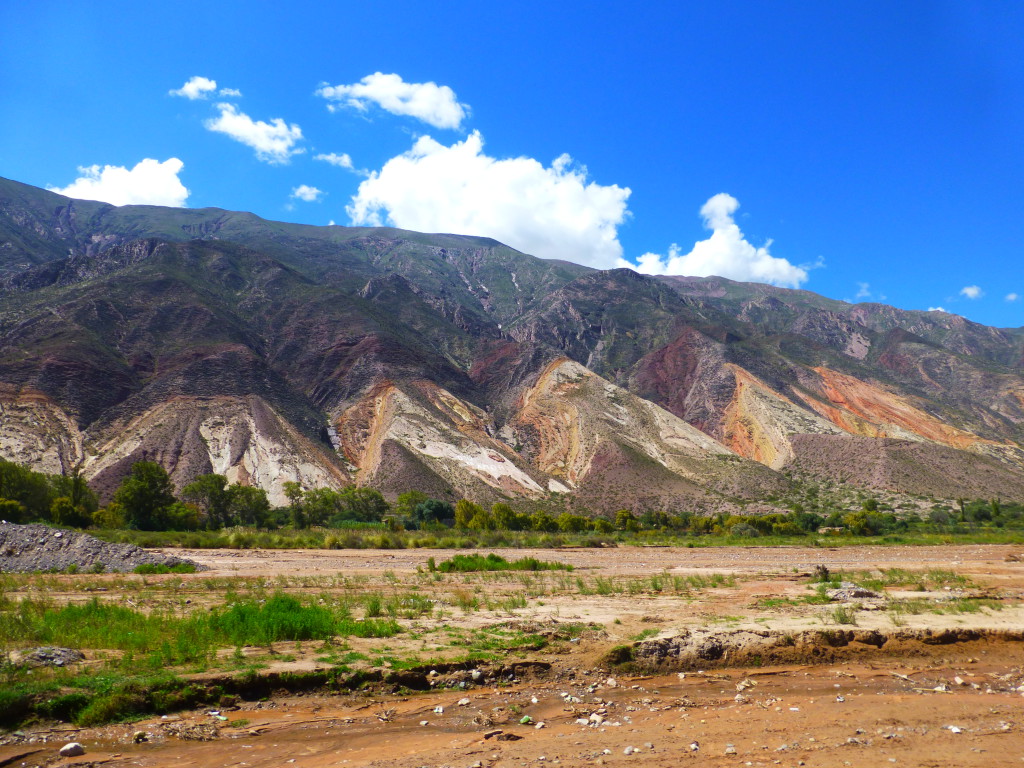 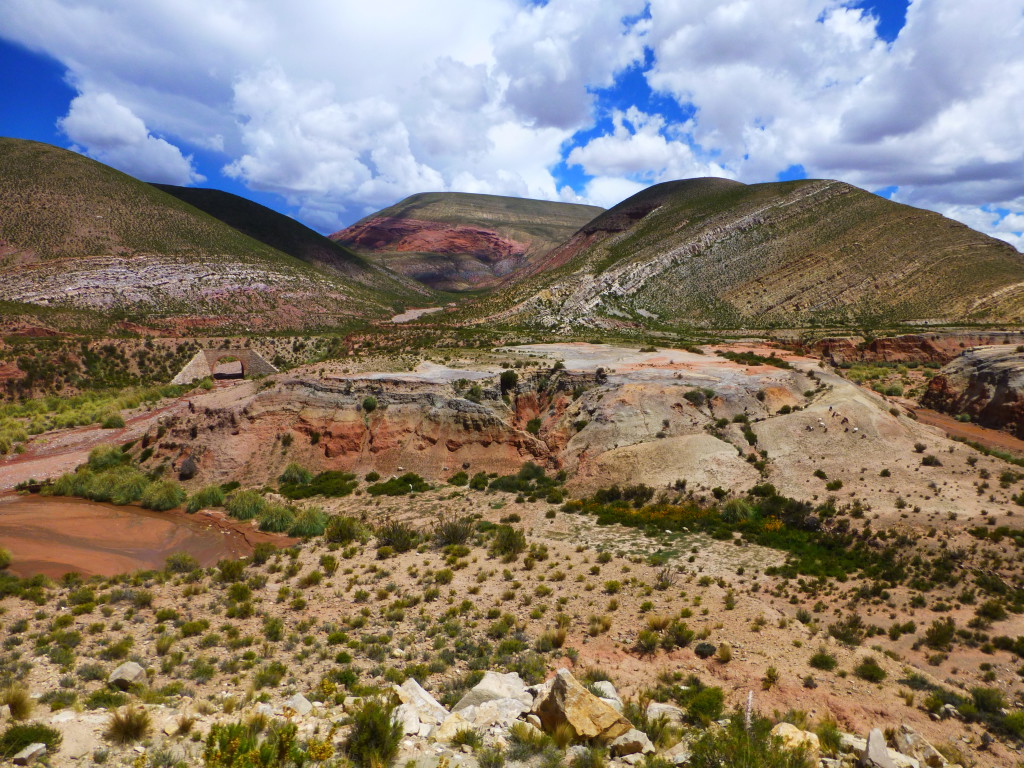 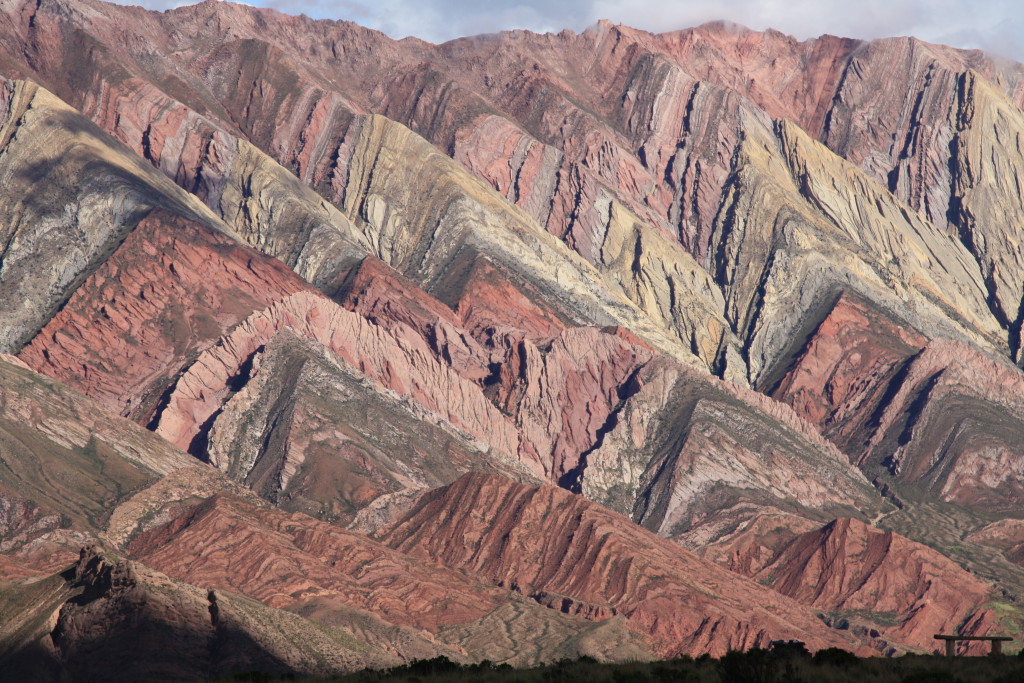 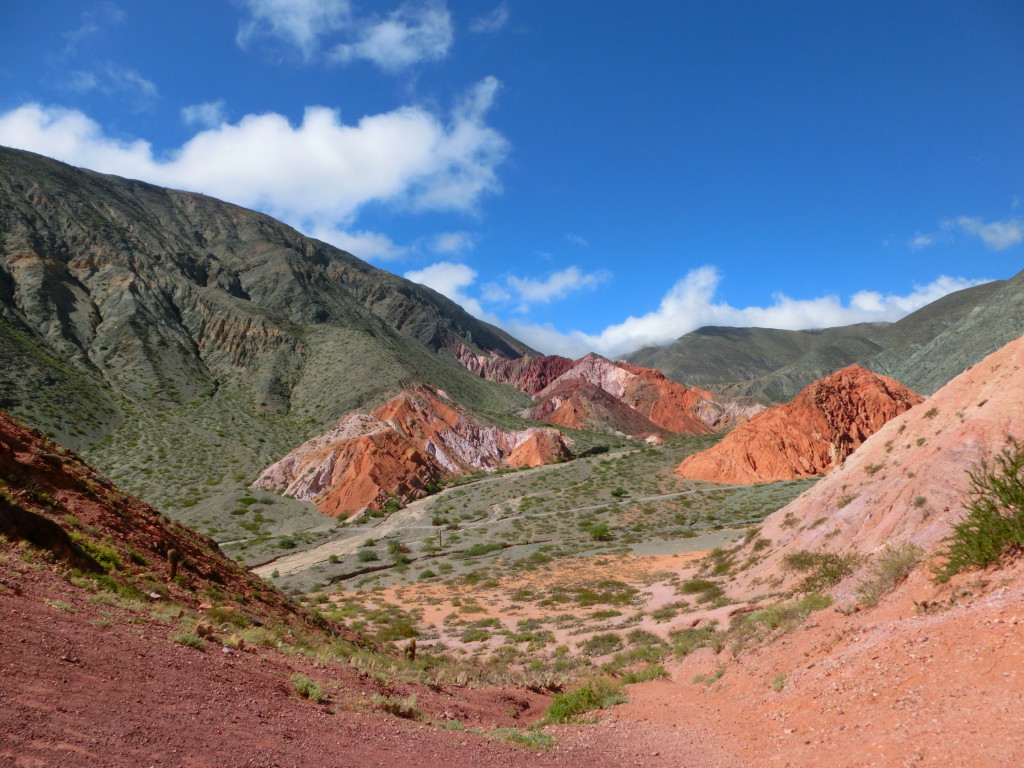 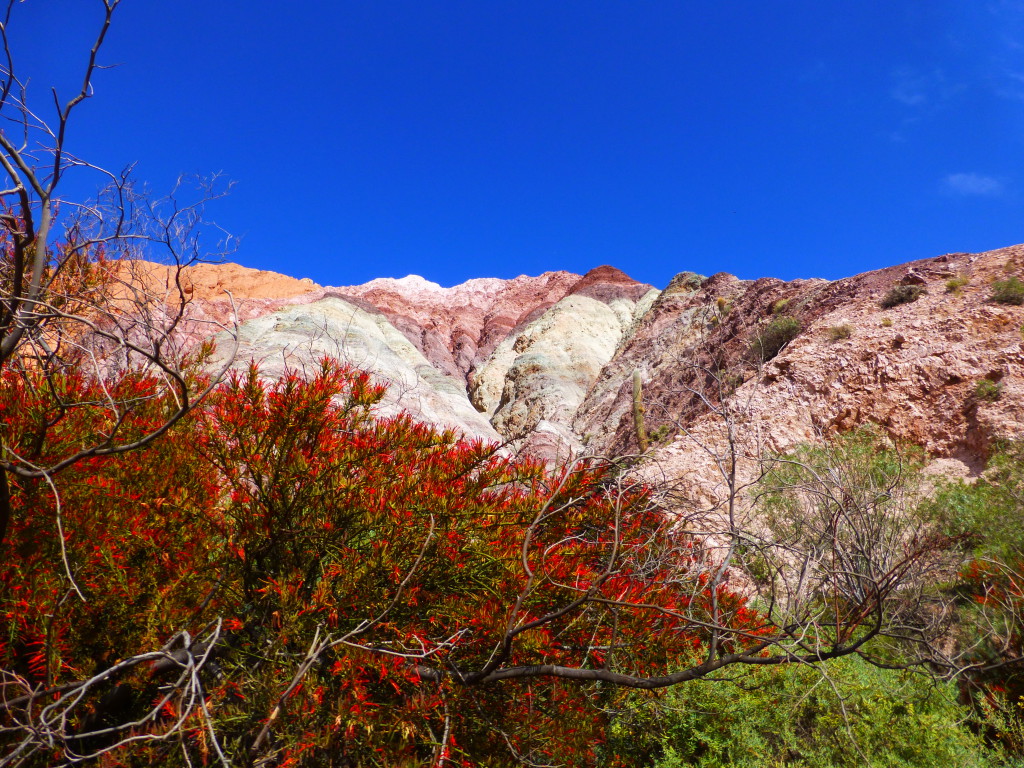