🇬🇧 GG: This is our last morning in Fireland. Well, as the main mission of this trip to ‘the end of the world’ has been accomplished now, and I have focused on describing details about the procedure, now it is time to reflect some pecularities of the place.
One of the questions which had been intriguing me from the beginning of my stay here was, how far Ushuaia is from the Southern Polar Circle and from the Antarctica. When I finally found time to check this, was it a big surprise to realize, that we are not much more South than Berlin is North. Joe knew, that Moscou is closer to the (Northern) Polar circle then Ushuaia (to the Southern). From here there are still more than 1000 km to the Antarctica. And we are 13.000 km away from Germany. (The next thing to check is, how far Australia is from Germany – although we provide you regularly with blog posts, good internet connections are rare – often they are very slow or interrupted). I was glad to find this today in front of a hostel: 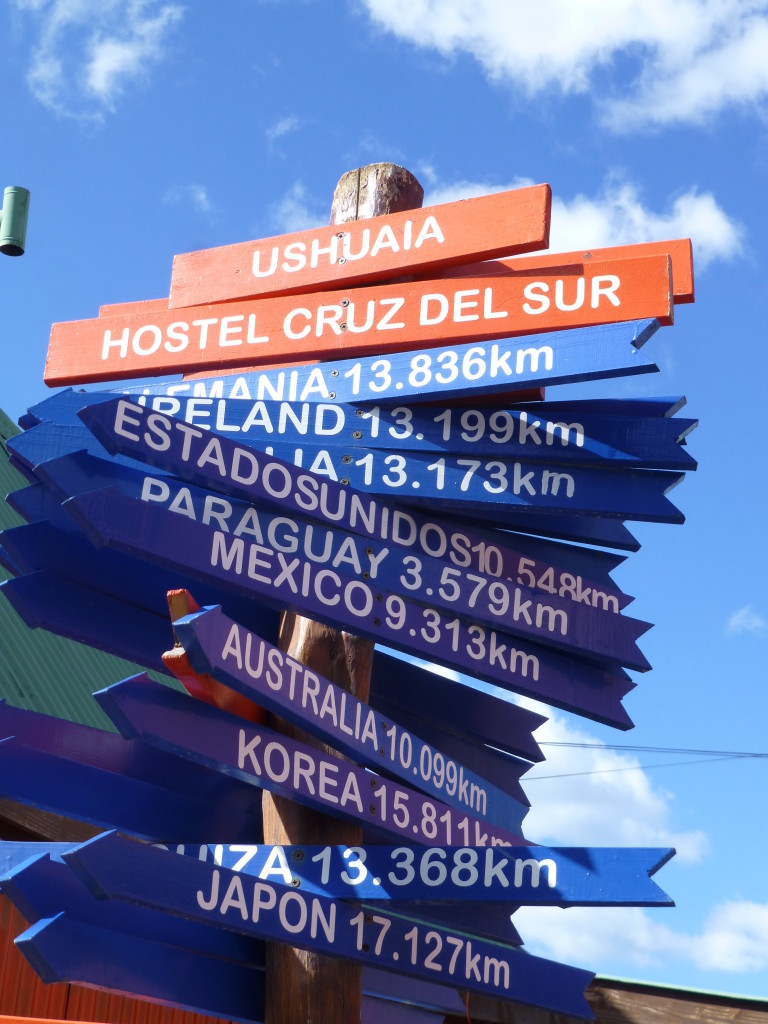 Personally I have been only three times South of the equator. In Tanzania, in la Réunion and now this trip (since Rio de Janeiro until Fireland). With ‘under the equator’, maybe it sounds very naive, I have been always associating heat and all the other things, an average Northern European would attribute to the South. And infact, in East-Africa, Rio and la Réunion, I had rather tropical impressions concerning the nature, plants, climate, people’ s temperament, colors. 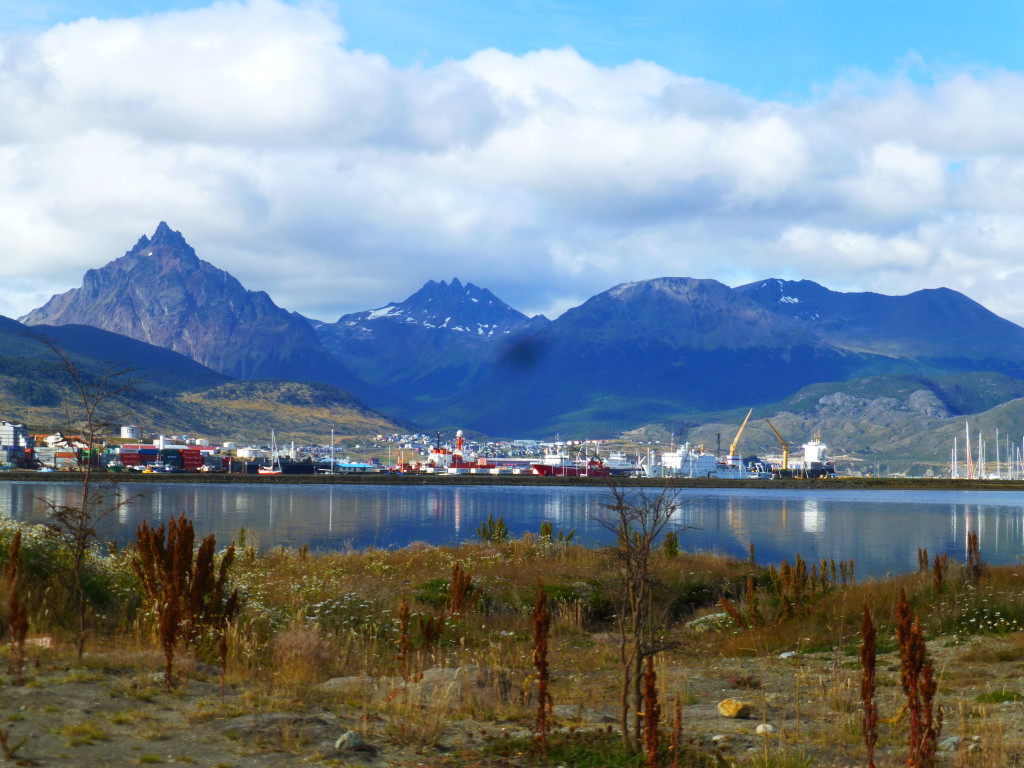 Actually down here, it feels very ‘North’. Ok, every kid knows, that the North and the South pole have a similiar climate. And everybody who has a notion about Patagonia of course knows, that these is not an area where palms grow and tropical birds fly. Anyway, it is Argentina, South America, which I have alway connected with complete different ideas.

Because, if you replaced the Spanish with a Scandinavian language, often here, it looks/feels like in a Scandinavian country, for example Sweden. This seems logical when taking in mind, that Ushuaia is more then less at the same distance from the equator like the South of Sweden. My Northern reference countries are Sweden and Iceland, which I visited not long ago (by the way I was very impressed of the beauty of Iceland last year).

How to describe this similarities?
Firstly, the temperature. Obviously we were extremely lucky with the weather here (recompensation for the bad weather in Brazil?), because it was sunny and pleasant every day during many hours. As a consequence it was not very cold, we did not use the winter clothes we had brought with us. But remind, it is still summertime here! So for our concept of summer, it was kind of chilly, sometimes an icy wind sweeps through the town, and in the shade, you needed a jacket. Also the weather changes very quickly here. In the street, you see at the same time people wearing tank tops and people wearing down jackets. 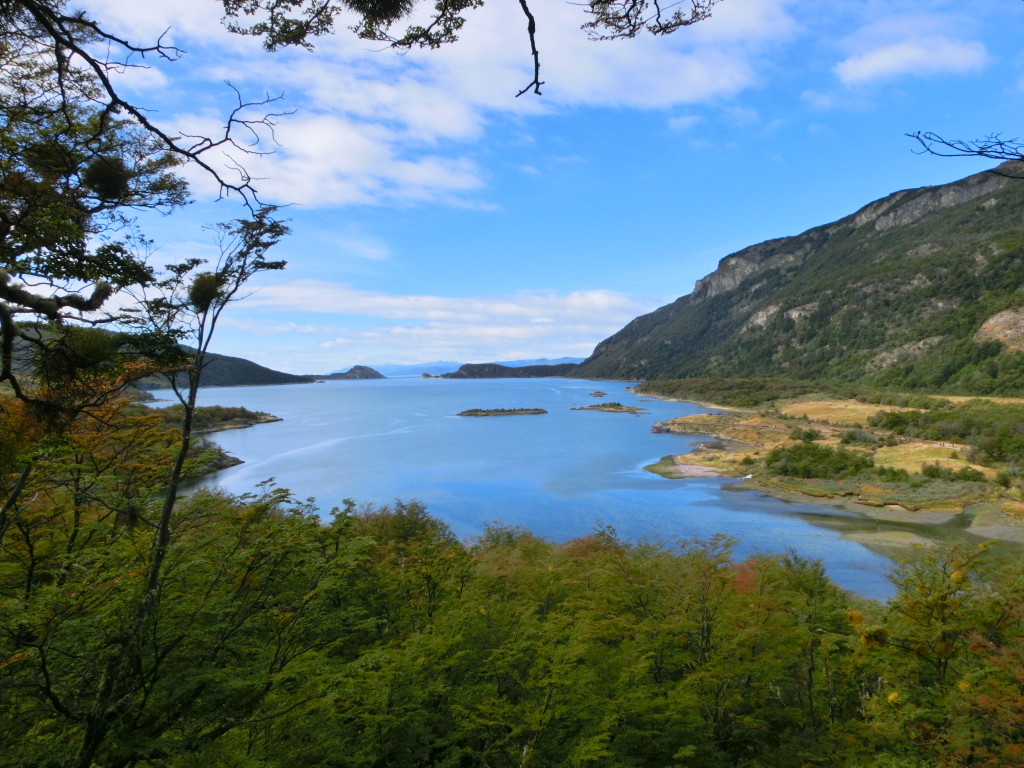 Secondly the colors. We found the colors similiar to the colors in Sweden, and sometimes also to Iceland (although that there they sky had a more intense blue).

The air was very limpid, very clean, the mountains all around the town can be seen very well and look often 3dimensional. The national park, which I liked well, had beautiful views with combinations of colors I am not used to.

Yesterday we walked to a place cald the Laguna esmeralda, and we went through a landscape … which again could be in Iceland, or maybe Scotland (that I don’t know, but imagine this way). 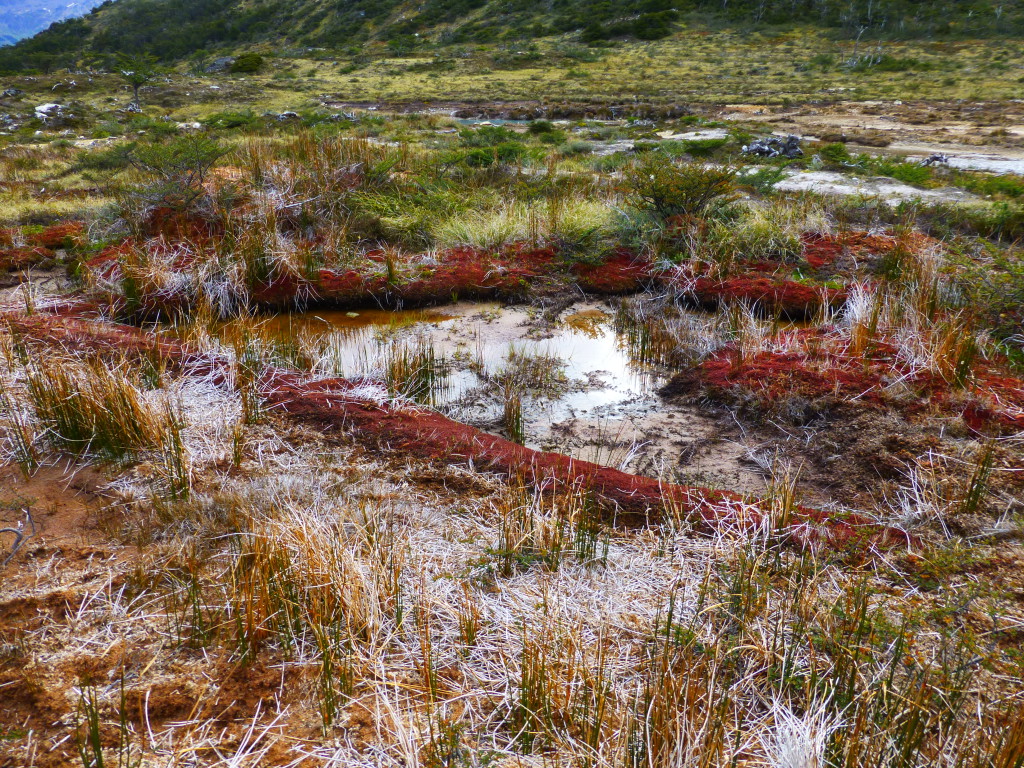 Thirdly the pace of life. It is quiet, and we had the impression that people stay rather inside their houses. The houses we saw were warm and cosy, very often made of wood. People are very nice, and very helpful, but rather reserved,  more intro- than extraverted – with this I mean that they do not fulfill the ideas I have about Latinos. For example body language, face expressions, smiles, the way of asking us questions, the way of getting in contact, how driving their cars was in Brazil completely different. We will see in a few days when we will be in the North of Argentina, how this impression will change. But so far, Joe and me said several times to each other, that we rather feel like being in Europe than in South America. 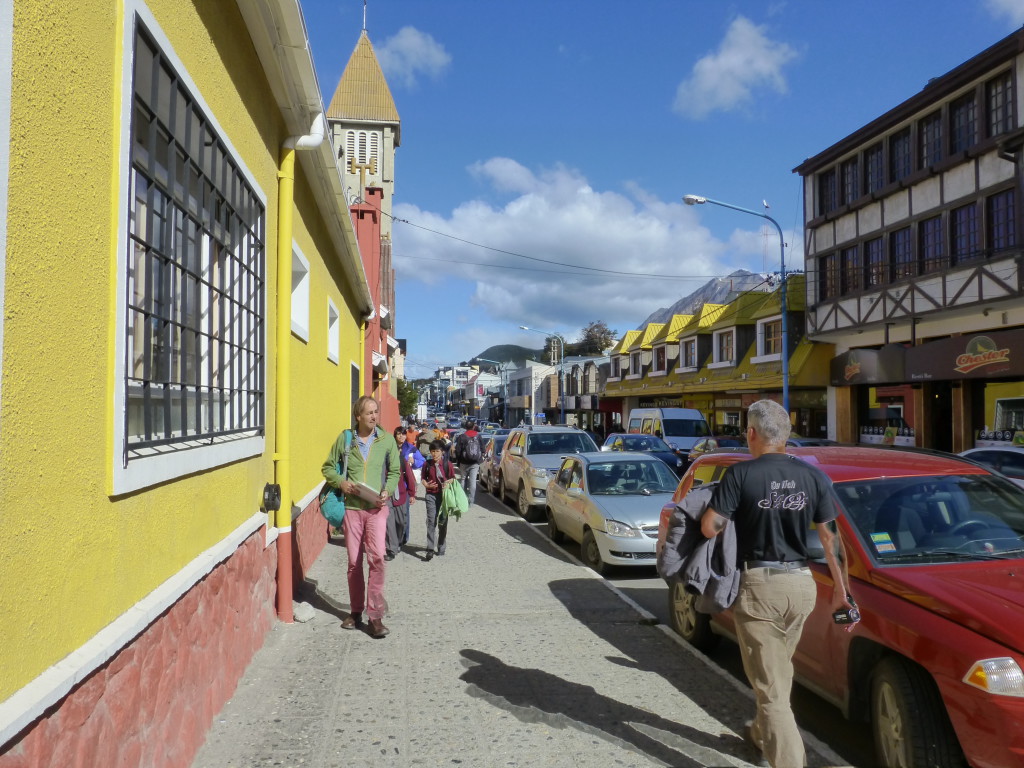 I would like to mention one more issue I find interesting: normally wherever we travel, we meet Germans. Here it was different. We didn’t meet Germans at all. But there were many French speaking tourists around. This reminded me, that the first time, I met the word Ushuaïa consciously was on a French cosmetic product series, we liked and bought every time when we were in France Ushuaïa showersoap and Desodorant (I recommand vanille). Recently in Paris, when I told my colleagues about this travel project, they said, that Ushuaia is in France also very famous, because it was the title of a popular travel/explorer documentary tv series. By the way, at the same time like us there was a wellknown French graffity artist in
Ushuaïa: http://agenda.embafrancia-argentina.org/?p=9915 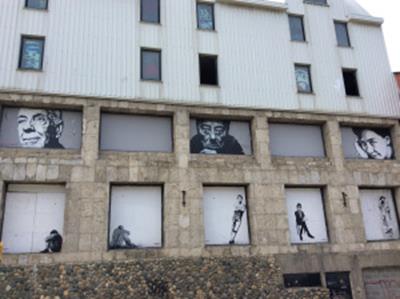